This week, we highlight our October feature articles: Dive down the rabbit hole with us on designing phage data systems, building sustainable phage therapy, and get excited for this year’s World Phage Week!

Micreos, a Dutch/Swiss biotech company, has secured its next funding round of €25 million in growth capital for clinical development of its endolysin technology platform, set to replace antibiotics in many areas.

Adi Millman et al. published a new paper in Cell Host & Microbe entitled An expanded arsenal of immune systems that protect bacteria from phages. They report the discovery of 21 defense systems that protect bacteria from phages, based on computational genomic analyses and phage-infection experiments. Also check out this Twitter thread by the Sorek lab.

In a new paper in mBio, Eugen Pfeifer and colleagues report that phage-plasmids commonly encode different and multiple types of resistance genes of high clinical importance, often in integrons.

In a new paper in Microbiology Spectrum, Aude Ferran (Université de Toulouse) and colleagues report that the combination of phages and antibiotics can prevent the selection of resistant bacteria.

The AAD Lab at the University of Pittsburgh is recruiting a 2-4 year post-doc position. The position is funded by the NIH. The objective of this proposal is to determine how changes in S. aureus WTA glycosylation vary under different conditions and impact phage activity. This work supports and directly relates to an ongoing FDA study. Please email a CV to Ken Urish MD PhD for more info: ken.urish AT pitt.edu.

BiofilmsPhD project
The SWBio DTP is advertising a PhD project on how biofilms protect themselves against bacteriophage infection and how they fail.
EvolutionPhD studentship
Edze Westra (University of Exeter) is looking for a PhD student to work on the evolution of viral communication systems.
phage engineeringphage-host interactionsPostdoc
The Dragos lab at the University of Ljubljana, Biotechnical Faculty is looking for a postdoc in microbiology with experience in microscopic analysis of bacterial cells, Bacillus sp gene regulation, genetic engineering of microbes and phage-host interactions to work on the ERC project entitled ‘The evolution of host manipulation by bacteriophage’.
Bacterial defencesPhD project
This PhD project at the University of Exeter aims to understand mechanisms of synergy between bacterial anti‐phage defences.
CRISPRPhD projectPhage defense systems
This PhD project, co-supervised by Tiffany Taylor (University of Bath), Edze Westra (University of Exeter), and Andrew Preston (University of Bath), with collaborators Ben Ashby (Simon Fraser University) will study the interplay between a novel defence system and the CRISPR-Cas adaptive immune system of Pseudomonas aeruginosa. The project is based in the Taylor lab at the Milner Centre for Evolution at the University of Bath.

Dear ISVM Members,
We are pleased to announce the results of our 2022 ISVM Executive Board election. Thank you to 292 of you who participated in the election of the new Board members. The New ISVM Board members for 2023-2024 are listed below:

This new Board will convene in January 2023 and will represent ISVM members through 2023-2024.

Stephanie Lesage, Richard James and Francesca Hodges have spearheaded Phage-UK, which has >45 clinicians interested in phage therapy, who work in 15 different UK Hospital Trusts; with a Phage-UK Clinical Steering Group of 18 members. Their new website is now available: https://www.phageuk.com/

Viruses Journal is now accepting nominations for their 2022 Early Career Investigator Award. The prize will be awarded to two early-career investigators demonstrating excellence in virology, and will include an invitation to speak at the Viruses International Virology Conference in 2024.

Craig MacLean on Twitter: “Quick question: does anybody know of fluorescent dyes that can be used to stain phage? Want to measure ability of phage to adsorb to bacterial cells they cannot infect.” 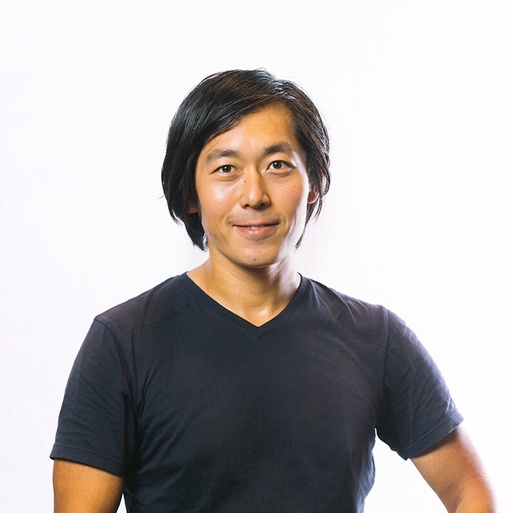 I am a co-founder of Phage Directory, and have a Master of Human-Computer Interaction degree from Carnegie Mellon University and a computer science and psychology background from UMBC.

For Phage Directory, I take care of the product design, full-stack engineering, and business / operations aspects.

Here’s what we published this month!

Send us your thoughts, comments or questions (or write for us!) by email or Slack!

How to design a phage data system

In this article, I argued for a phage data system that is auditable, replicable, and accessible in order to scale up phage treatment. The data system should be able to track and connect phage and bacterial data with outputs from the rest of the therapy pipeline. I also discussed the need for the data system to be able to generate safety and viability reports. Lastly, I concluded that the data system needs to make its code freely available so others can contribute to the growth of the system.

World Phage Week is an annual event organized by the Ibadan Bacteriophage Research Team (IBRT) and the SEA-PHAGES program. The event features webinars with prominent speakers on the status of phage therapy development and related topics. This year’s event will feature discussions on: Implementation of Phage Therapy for Critical Infections, The Role of Early-Career Research, Engagement in Phage Research, and Phage Biobanks and how they facilitate phage therapy commercialization.

In Part One of Ruby’s series on phage sustainability, she defines commercialization pathways and discusses Phage Australia’s background. Phage Australia has established a clinical network and a nationally approved protocol to regulate phage therapy under the clinical trial framework, endorsed by expert groups and clinicians. The team has also mapped out the patient journeys for phage therapy in comparison to patients being treated with antibiotics only at a public hospital. Ruby discusses ways to make phage therapy cost effective, with substantial savings over traditional antibiotic treatment.

A few years ago, NCTC re-launched its phage collection. How did they do that, and how did it come about? As we’re building up our internal phage collection at Phage Australia, this is a great issue to revisit.

I am a co-founder of Phage Directory, and have a Master of Human-Computer Interaction degree from Carnegie Mellon University and a computer science and psychology background from UMBC.

For Phage Directory, I take care of the product design, full-stack engineering, and business / operations aspects.

To cite this, please use:
Zheng, J. (2022). C&T Round Up for October 2022! Capsid & Tail, 199. https://phage.directory/capsid/round-up-oct-2022
BibTeX citation:
@article{Zheng-round-up-oct-2022,}
RSS Feed
All diagrams and text in this issue of Capsid & Tail is licensed under Creative Commons Attribution CC-BY 4.0, unless otherwise noted.