Using the little things to tackle the big things: Can we use phages to impact climate change?

This week, Jess Friedersdorff of Aberystwyth University in Wales tells us about her fascinating research into phages of the rumen microbiome.

Need help with phage manufacturing, and looking for an outsourcing partner? JAFRAL manufactures phages to the highest quality and purity, and develops manufacturing processes and analytical methods for various phage types and phage applications.

JAFRAL is the world’s only CMO/CRO that focuses primarily on production of non-GMP and GMP phages.

Urgent need for Staphylococcus epidermidis phages for a patient

We are urgently seeking Staphylococcus epidermidis phages for a patient in the USA.

Eligo Bioscience was awarded funding from CARB-X to develop CRISPR-based phage therapeutics (up to $1.82 million now, and up to $7.05 million if project milestones are met). This is the first CRISPR-based phage project CARB-X has funded.

The Academy of Finland has granted 10 million Euro for research into COVID-related projects, and part of that will fund phage work! Researchers at the University of Jyväskylä and University of Helsinki in Finland were awarded funding for a project on treating severe COVID-19 associated secondary bacterial infections with phage therapy under the Declaration of Helsinki.

Hugo Oliveira (University of Minho, Portugal) and colleagues published a new paper in Applied and Environmental Microbiology showing that a phage tailspike with EPS-depolymerase activity, encoded by a phage belonging to a new genus within the Autographivirinae, makes Providencia stuartii (a nosocomial pathogen) susceptible to serum-mediated killing.

Marta Lourenço (Institut Pasteur) and colleagues published a new paper in Cell Host and Microbe on how spatial heterogeneity in the gut limits phage predation and supports phage-host coexistence.

Andrew Hryckowian and Eric Martens have written a nice article on the backstory behind their recent paper on how capsular polysaccharides influence phage interactions with the gut symbiont Bacterioides thetaiotaomicron. Behind-the-paper | Nature Microbiology article.

Bartłomiej Grygorcewicz (Pomeranian Medical University in Szczecin, Poland) and colleagues published a new paper in Microbial Drug Resistance showing that Acinetobacter baumannii phages could reduce biofilm biomass in a human urine model, and that some of the antibiotics commonly used in UTI treatment act synergistically with phage cocktails.

Heather Hendrickson’s lab at Massey University in New Zealand is working on finding phages for honeybee pathogens. Here’s a nice video update from Heather, which also features Danielle Kok, a PhD student isolating the phages for this project.

TAILOR, a non-profit initiative in Houston, Texas that provides therapeutic phages as a service, has a new website! Read more about TAILOR here!

All Jobs Post a job
Phage-host interactionsProphage
Heather Allison (University of Liverpool) and Chloe James (University of Salford) are hiring two postdocs, one at Liverpool and one at Salford, for a joint project entitled “Prophage host interactions: pulling back the curtains on Pseudomonas puppet masters”.
BiotechPhage Therapy
Armata Pharmaceuticals, a phage therapy biotech company in Los Angeles, is hiring for several positions.

PHAVES is back on Tuesday with Dr. Elyse Stachler!

Our virtual event series, PHAVES, continues this coming Tuesday, July 7 at 11:00 AM Eastern (GMT-4) / 5:00 PM Zurich (GMT+2). Dr. Elyse Stachler, postdoc at Eawag in Switzerland, will share her research into combining phages with disinfectants. After that, we’ll host a set of small-group breakout rooms so everyone can meet a few new faces in the phage field. Register here: https://seminars.phage.directory/

I am excited about moving to Canada and seeking research opportunities (academia or industry) in phage therapy in Canada. I am an early-career researcher with robust experience in bacterial antibiotic resistance and host-pathogen interactions. I plan to transition into phage therapy research at the interphase of microbial antibiotic resistance and virulence. I am currently seeking networking and research opportunities in academic or industrial institutions in Canada. Email: [email protected]

Hey virus people! I would like to get a list of labs that have cultured soil viruses. If you are one or know one can you add to the list? Only the lab name & website are required. This resource would really help the community. RT — @gtrubl on Twitter

Watch: All About Phage Therapy Episode 7

In case you missed it, Pranav Johri of Vitalis Phage Therapy interviewed Jean-Paul Pirnay of the Queen Astrid Military Hospital in Belgium today on All About Phage Therapy. Watch the recording here!

Using the little things to tackle the big things: Can we use phages to impact climate change? 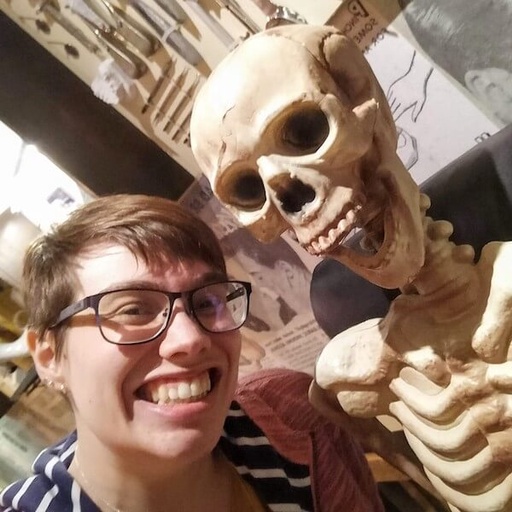 Finishing up my thesis, looking for the next step. Hoping to apply for funding to continue researching the goldmine that is the rumen microbiome. The phage population is thought to be rich and diverse, yet we know relatively little compared to other microbes in the rumen microbiome. So many questions, so little time!

As someone embarking on a career in research and academia, I, like many other scientists, endeavour to carve a path I can follow and be passionate about. I have chosen the not-so-luxurious and rather foul-smelling rumen microbiome as the topic of interest. With this piece, I introduce this topic, list some of the questions that need answering, and hopefully convince you that, actually, the idea of using phages to help climate change might not be so far-fetched as it seems.

What is the rumen microbiome and why study it?

The rumen is the first chamber of the stomach system found in ruminants such as cows, sheep, goats etc. It is essentially a large anaerobic fermentation sack, home to a wide variety of microbes, including bacteria, archaea, fungi, protozoa and, of course, phages (and some other viruses). The microbiome is integral to the animal host, breaking down the fibrous grassy food to produce nutrients and energy. This is a complex process and has many variables, but ultimately ends with the fermentation processes producing CO2 and H2 which need to be dealt with.

This is where the archaea come in — methanogens are a hydrogen sink, taking these gasses and producing methane, which is eructed (burped) from the animal. Methane, as we all know, is a green house gas contributing to global warming. Whilst the archaea are therefore important, other bacteria, not so much.

Remember how I said that there are many variables? Well, the rumen isn’t exactly efficient, and depending on what you feed the animals, effects can be seen in not just methane production, but other wastes, such as nitrogen loss in the form of ammonia and urea, removed in the urine and polluting the fields they stand in. So, now you can see why studying the microbes and their functions might be important, especially taking into account the importance of ruminants in the future of the ever increasing human population.

What has been done before?

There has been ample research into looking for ways to control the microbiome to tackle methane emissions and efficiency, including feeding plant extracts, oils, antibiotics and many more. Phage therapy is one that always seems to be an aside, an “oh, by the way, this would be cool” addition to review papers. Yet, no one has really tried it, and there is very little in the way of publications on this. But this isn’t the only way that ruminants + phages = profit.

At this point, it’s possible to split research on ‘ruminants and phages’ into three parts:

Phages as part of the rumen microbiome

This review paper pretty much sums up all the rumen virome research done to date. Generally, more work is needed here, and there are still lots of questions to answer (I go on to list some below).

It seems like most ‘ruminants and phages’ research that doesn’t focus on the virome looks at phage therapy for E. coli O157:H7. Known to cause bad gastrointestinal infections (probably an understatement) and even death in ruminants, it is also problematic for us humans. This is often seen reviewed together with phages in the livestock industry, but there was some fascinating research in 2003 that used the artificial rumen system to test their phages.

Phages in the dairy and livestock industry

This review paper nicely sums up the points in the dairy processes where phages could be or are being used. Probably more research is done in this area than is published, as a fair bit may well be hidden behind patents because of commercial aspects.

I want to study phages in the rumen, with the ultimate aim of using them to target bacterial species that make CO2 and/or H2 (which are used to make methane) and those that use up nutrients that are otherwise good for the animal.

As a starting point, I can look into phages + livestock pathogens, and phages + dairy.

I am more interested in the microbiome part; understanding the role of phages, and using them to manipulate the microbiome to have wider effects. There are many things that we need to answer before we can start chucking phages into cow tummies.

Has this triggered that lightbulb in your mind? Are you dusting off some info from an article you read and stored in the back of your mind? Or just have a bunch more questions? Please get in touch, I’d be intrigued to build this idea!

My rumen phage publication can be found here:

Rohit Kongari helped us produce this week’s article by helping us source and write the What’s New section. Thanks Rohit!!

July 4, 2020
Update: we added the message about IBRC’s upcoming webinar with Yves Briers to the Community section; this post was mistakenly left out of the version sent out July 3.

Finishing up my thesis, looking for the next step. Hoping to apply for funding to continue researching the goldmine that is the rumen microbiome. The phage population is thought to be rich and diverse, yet we know relatively little compared to other microbes in the rumen microbiome. So many questions, so little time!

To cite this, please use:
Friedersdorff, J. (2020). Using the little things to tackle the big things: Can we use phages to impact climate change? Capsid & Tail, (82). Retrieved from https://phage.directory/capsid/rumen-phage
BibTeX citation:
@article{rumen-phage2020,}
RSS Feed
All diagrams and text in this issue of Capsid & Tail is licensed under Creative Commons Attribution CC-BY 4.0, unless otherwise noted.