This week, Dr. Ramesh Nachimuthu reflects on the ICBRAMR conference, which took place in Vellore, India in December 2019 and focused on the promise of phages in the fight against antimicrobial resistance.

Also in this issue: tons of new phage insights coming from mining sequence data, more funds and milestones for phage biotech companies, phages in space, microbiology conferences putting a focus on phages, lots of phage jobs, a Phage Alert leads to a successful phage treatment in a child, and more!

First jumbophages and megaphages… now we have ‘huge phages’. Basem Al-Shayeb (UC Berkeley) and colleagues have identified and classified hundreds of new giant phage genomes (one as large as 735 kb) from human, animal and environmental microbiomes.

It’s hard to learn about prophage biology from genome sequence data alone. In a new paper, Siân Owen (Harvard Medical School) and colleagues at the University of Liverpool show us how they’ve used transcriptomic data to explore prophage biology. Also check out Siân’s extremely informative Twitter thread on her paper.

Julie Callanan (APC Microbiome Ireland) and colleagues have greatly expanded the number of known ssRNA phage genomes. As of June 2019, only 12 were available in NCBI, but they sifted through 82 publicly available metatranscriptomes and detected 1,015 near-complete ssRNA phage genomes. Next week, we’ll be featuring a blog post by Julie on this work, so stay tuned!

We’ve seen Adaptive Phage Therapeutics (APT) in the news a lot lately—here’s an interview with Greg Merril, APT’s CEO, a podcast interview with a patient whose leg was saved by APT’s phages, and a news article on APT’s selection for Startup Grind’s Global Accelerate Conference (top 1% of 4000 biotech companies!).

Prof. Daniel Nelson’s lab at University of Maryland has been awarded funds to study endolysins as a treatment for acne caused by C. acnes.

Phages in space! Dr. Vatsan Raman, a UW-Madison biochemist, is sending phages and bacteria to the International Space Station for an experiment on how microgravity and radiation affect phage-host interactions.

The European Congress of Clinical Microbiology and Infectious Disease (ECCMID) (April 18-21 2020, in Paris, France) will include several phage therapy sessions.

The Canadian Society of Microbiologists (CSM) conference (June 22-25 2020, Guelph, Ontario) will have an ‘All about Phages’ session! Register here.

All Jobs Post a job
PhD Project
Prof. Julia Frunzke (Forschungszentrum Jülich, Germany) is seeking a PhD student to work on phage-host interactions in Actinobacteria.
PhD Project
The Charité Center for Internal Medicine and Dermatology (Berlin, Germany) is seeking a PhD student for a phage project that will look at how the immune system affects the success of phage therapy.
Post Doc
A postdoctoral research opportunity is currently available in the lab of Dr. Paul Carlson at the Center for Biologics Evaluation and Research, FDA in Silver Spring, MD. The project will involve assessing the potential of phage therapies against Vancomycin resistant Enterococcus species.
Post Doc
Ranjan Sen (Laboratory of Transcription, CDFD, Hyderabad) is hiring for a postdoc position (Research Associate-II, DST-SERB grant) in the area of bacterial gene expression or bactericidal proteins from myco-bacteriophages. Contact: [email protected].
Post Doc
A Research Associate is required within the School of Life Sciences (Lincolnshire, GB) to study bacteriophages to control the anaerobic pathogen Clostridium perfringens in farm animals.
Faculty
Florida International University (Miami, FL) has an opening for an open rank Professor in Microbiology. They are especially interested in microbiologists working on bacteriophage biology, microbe-plant interactions, mycology, and marine microbial ecology.

A thank-you to the international phage community

The staff of the Infectious Diseases and Orthopaedics departments of the Children’s Hospital at Westmead and the Westmead Institute for Medical Research Iredell lab (Westmead Bacteriophage Therapy Team, New South Wales, Australia) would like to thank the international phage community for their overwhelming generosity in 2019 when a request was made through Phage Directory for compassionate access to phage products to treat our young patient with chronic osteomyelitis of the foot due to a multi-resistant Pseudomonas aeruginosa infection.

Our patient was treated for two weeks with a single phage in October 2019 and tolerated the treatment well. There was symptomatic improvement following the completion of treatment and although she continues to be treated with intravenous antibiotics, the potential need for amputation is currently deferred. There are currently no plans for further courses of treatment with phage for this patient unless there is further clinical deterioration.

SciPhage is a women-led biotech company out of Colombia aiming to bring science into society and to support female scientists who want to start a biotech business. To get their Salmonella phage cocktail to market, they have announced a fundraiser through IFundWomen. Learn more about SciPhage and their fundraiser here.

The new Bacterial-Viral BRC (BV-BRC), a collaboration between the PATRIC/RAST and IRD/ViPR teams, will be offering a joint bacterial and viral workshop from March 23 through 27 at Argonne National Laboratory in the suburbs of Chicago, IL.

In case you missed it, last week, along with the help of Sabrina Green and Ella Balasa, we provided live coverage of Phage Futures Congress 2020. Find highlights on our website, and check out coverage on Twitter (#PhageFutures) and Instagram (we’re @phagedirectory on both platforms). And stay tuned for our full conference recap, coming soon. 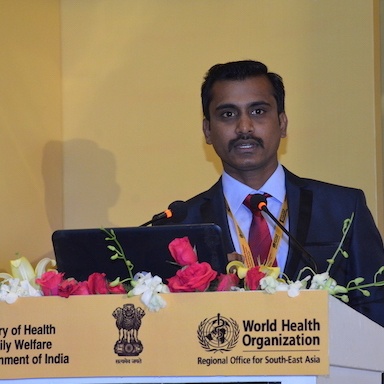 The conference was organized jointly by the School of Bio Sciences and Technology (SBST), VIT in association with Society for Bacteriophage Research and Therapy (SBRT), India.

Dr. V Pragasam, Dean of the School of Bio Sciences and Technology, VIT, welcomed the gathering. Prof. Sanjay Chhibber, President, Society for Bacteriophage Research and Therapy introduced the Society and its function to the participants and other dignitaries. Dr. S. Narayanan, Pro Vice Chancellor, VIT introduced VIT and talked about the achievements and accolades of the institute. The conference souvenir was released and the guests planted a tree to end the inaugural session of the event.

The conference had keynote lectures by 20 renowned speakers who spoke on the latest developments in the field of Bacteriophage research and Antimicrobial resistance and around 300 participants across the globe had the opportunity to interact and share their experiences with the speakers. 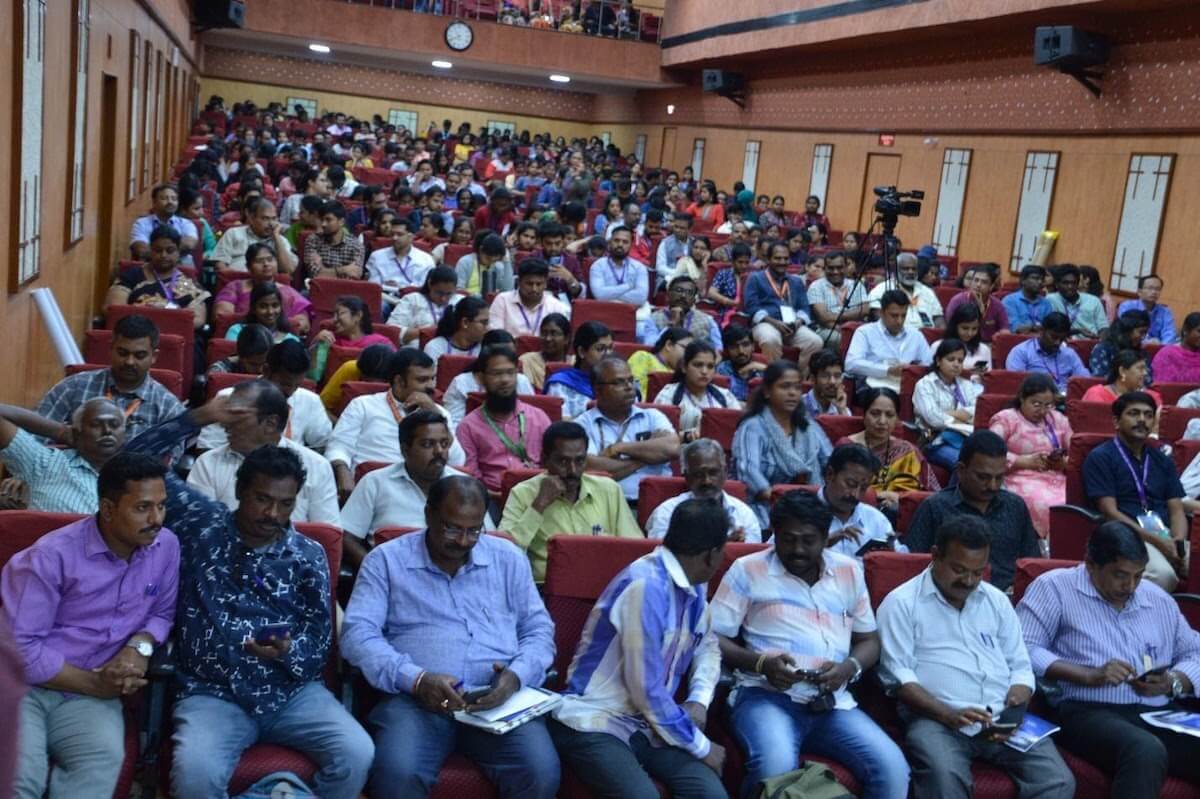 Conference at a glance

Phage therapy is not approved for human use in most countries, including India, and conclusive evidence through clinical studies is urgently needed to convince the scientific community and clinicians in India to practice phage therapy. Prof. Chhibber, President, SBRT and Professor at Panjab University presented his findings on “From Concept to Product: Challenges at various stages in creating a successful and commercially viable phage preparation for therapeutic applications”. Prof. Gopal Nath, Secretary, SBRT and Professor at Banaras Hindu University gave a lecture on “Preclinical and Clinical Bacteriophage Therapy” where he shared a few case studies of patients with diabetic ulcers and bacteremia.

Prof. Vinod Kumar, Vice President, SBRT also delivered a keynote lecture on “Building a future with bacteriophage; an alternative protagonist”. While finishing his lecture, he said that the regulatory authorities and the end users should encourage building the future with phage as an antibacterial agent in therapies since the impact of antibiotics is fading.

Dr. Mark Toleman from the School of Medicine, Cardiff University, UK, who has extensive knowledge on antimicrobial resistance, particularly in the Asian region, delivered an effective lecture on “Controlling resistance in E. coli” outlining the genetic diversity of E. coli in UK and India and the natural role of phages in controlling MLST E. coli and its prevalence. Considering the widespread existence of improper usage of antibiotics, the next keynote lecture was delivered by Dr. Ashok J Tamhankar from Karolinska Institutet, Sweden on the “Global scenario of antimicrobial resistance”.

Mr. Pranav Johri, who was the first person to receive phage therapy from India, shared his success story with the participants, and through video conference, Dr. Jeremy Barr from Monash University, Australia shared the well-known story of phage therapy for Tom Patterson, who battled an MDR Acinetobacter baumannii infection.

The conference also had talks from industry experts like Dr. Aradhna Vipra from Gangagen Biotech, Bengaluru, who talked about phage product development for non-clinical applications “From Laboratory to Field”. Dr Manavi Dang and Dr Devjani De from Dang’s Lab in Gurgaon, Haryana, discussed “Turning the Tables on MDROs”, highlighting the importance of Film Array for the early detection of antibiotic escalation in ICU patients.

We also had an enlightening lecture from a different perspective by Dr. Taruna Anand, who discussed the isolation and characterization of phages for bovine infections.

Prof. Graham Hatfull from the University of Pittsburgh presented how his SEA-PHAGES program helped in treating a 15-year-old girl suffering from a drug-resistant mycobacterial infection.

Finally, we had Dr. Prasanth Manohar, who obtained his PhD under my guidance, and who is now a postdoc at ZJU-UoE Institute, China, spoke on the topic of “Antimicrobial Resistance and Phage Therapy: Our Research Lab at VIT”, giving an overview of the extensive work carried out during his Ph.D. at VIT.

Poster presenters were awarded during the valedictory ceremony. 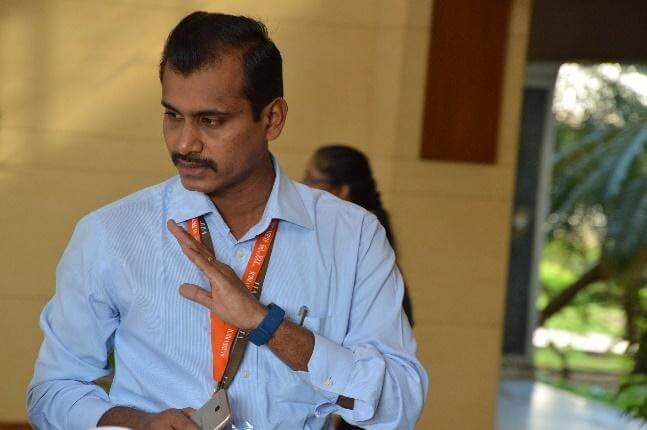 We were really blessed and fortunate to have Prof. Elizabeth Kutter, the First Lady of Phage Research, at our conference. Her knowledge, wisdom and experience was a real bonus for the participants who had the chance to meet and interact with her. She is definitely a role model for the young researchers, as she at the age of 80 is still active and enthusiastic in leading phage research and therapy around the world. She has been involved in phage therapy at the Eliava Institute, Tbilisi, Georgia, where patients with chronic bacterial infections get treated with phages.

Highlights of the conference

The conference has set a platform for the people working on phages from India, and the level and diversity of discussion was just outstanding.

Several participants asserted that new drugs were also needed to treat infections caused by Gram-negative and Gram-positive pathogens, and they all agreed in unison that phage therapy is a possible solution.

I think even though we have a lot of phages, or we appear to have a fairly large group of phage scientists right now, let’s not be so complacent about that. Bacteria are too smart.